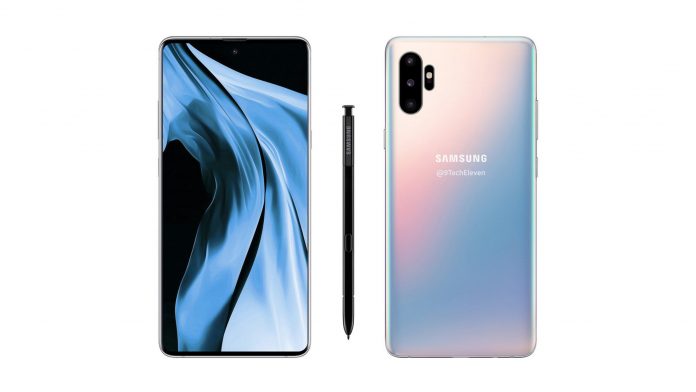 A few days ago, according to SamMobile, the Galaxy Note 10 series with come in  black color and also added the color of Prism White, complemented by the more powerful S Pen stylus. From the overall screen size, the frame on the screen is very narrow, especially at the bottom of the screen.

The bixby buttons of the previous Galaxy series also seem to disappear. From the bottom of the protective case, there is no 3.5mm headphone jack design. The Samsung Galaxy Note 10+ will also have an IR emitter, which may bring a smart home experience.

As for the specification configuration, it has been reported that the Galaxy Note 10 series will be equipped with 6.5 and 6.7-inch screens, the Snapdragon 855/Exynos 9820 processor, equipped with UFS3.0 flash memory (not sue). As for the news, it is yet to be confirmed, but this phone has been confirmed to be released in the Galaxy Unpacked new product launch conference in New York on August 7.