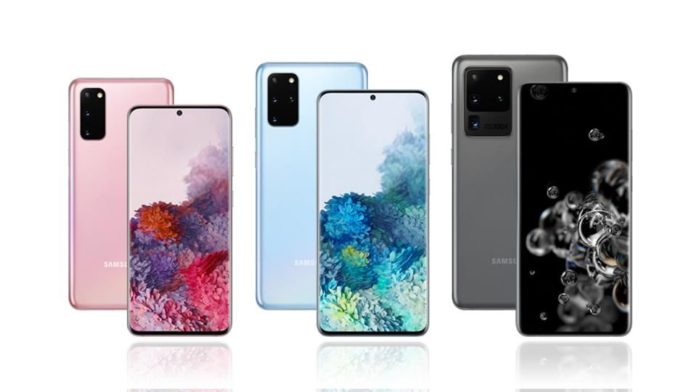 The India pricing and availability of the phones will be announced later this week.

The entire series is equipped with massive storage as standard — S20 in 128GB variant LTE version with 8GB variant while S20+ and S20 Ultra come in 128GB, 256GB and 512GB variants.

“As all three Galaxy S20 variants come with 5G connectivity, Samsung is providing a next-generation device for transforming people’s lives. With an incredible, AI powered camera, you can capture the moments as they happen and connect more seamlessly with the people you love,” said Dr TM Roh, President and Head of Mobile Communications Business, Samsung Electronics.

The Galaxy S20+ and Galaxy S20 Ultra are the first devices able to power new mobile experiences that take advantage of both sub-6 and mmWave technologies while Galaxy S20 supports sub-6 technology.

All three devices are capable of delivering non-standalone and standalone 5G capabilities, said the company.

S20 and S20+ have a triple camera system at the rear with main 64MP camera and a 10MP selfie shooter while S20 Ultra has main 108MP camera and 40MP front camera.

The S20 Ultra takes things a step further with the option to shift dynamically between a high resolution 108MP mode and a 12MP mode, thanks to the “nona-binning” technology which combines nine pixels into one at the sensor level.

The devices have groundbreaking zoom capability. The users will be able to use up to 30X zoom on the Galaxy S20 and S20+ and can experience Super Resolution Zoom up to 100X with a clearer view than before on the S20 Ultra.

Owing to its AI camera technologies, the Galaxy S20 can capture a number of photos and videos, such as Live focus, cropped, Ultra Wide and more that captures your moment the best.

The Galaxy S20 offers 8K video shooting. When you are done shooting, you can stream video to a Samsung QLED 8K TV.

Samsung said it has partnered with YouTube so you can upload your 8K videos directly to YouTube.

“Netflix and Samsung are working together to put the Galaxy S20 in the hands of renowned directors to capture bonus content based on popular Netflix Originals,” said the company.

The Galaxy S20 series takes mobile gaming to the next level. With a 120Hz display, the users will have the ability to experience incredibly smooth gaming.

Samsung will partner Microsoft later to launch its popular Forza Street in the Galaxy Store, marking the first time the game is coming to mobile.

The company also showcased the new Galaxy Buds+, that has sound by AKG and features 2-way speakers, 3 mics for unparalleled sound and voice quality; and up to 11 hour long battery along with an extra 11 hours in the case. Buds+ app, Galaxy Buds+, is now iOS compatible.