A photo shows the battery of the largest Samsung Galaxy S11 , the Galaxy S11 Plus , with a capacity of no less than 5000 mAh. It is the largest battery that Samsung ever put in a flagship device. 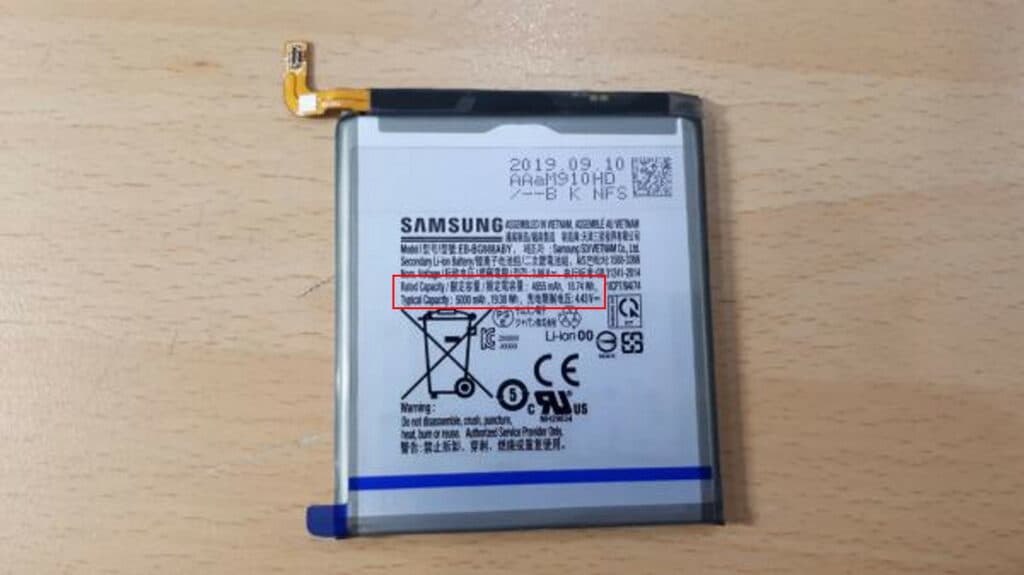 The South Korean SafetyKorea certification database shows the samsung battery with model number EB-BG988ABY. Anyone familiar with this numbering knows that this is the battery associated with a Samsung phone with model number SM-G988. As we know that is the Galaxy S11 Plus.

A nice bonus, this time, is the fact that the photo is sharp enough to be able to determine the capacity without a doubt. The battery has a typical capacity of 5000 mAh, and a  rated capacity of 4855 mAh. That is a large battery, comparable to that of the Galaxy M20 earlier this year.

It is by some distance the largest battery that Samsung ever put in one of its flagship devices. For comparison: the Galaxy S10 Plus has a 4100 mAh battery, and the Galaxy Note 10 Plus one with a capacity of 4300 mAh. 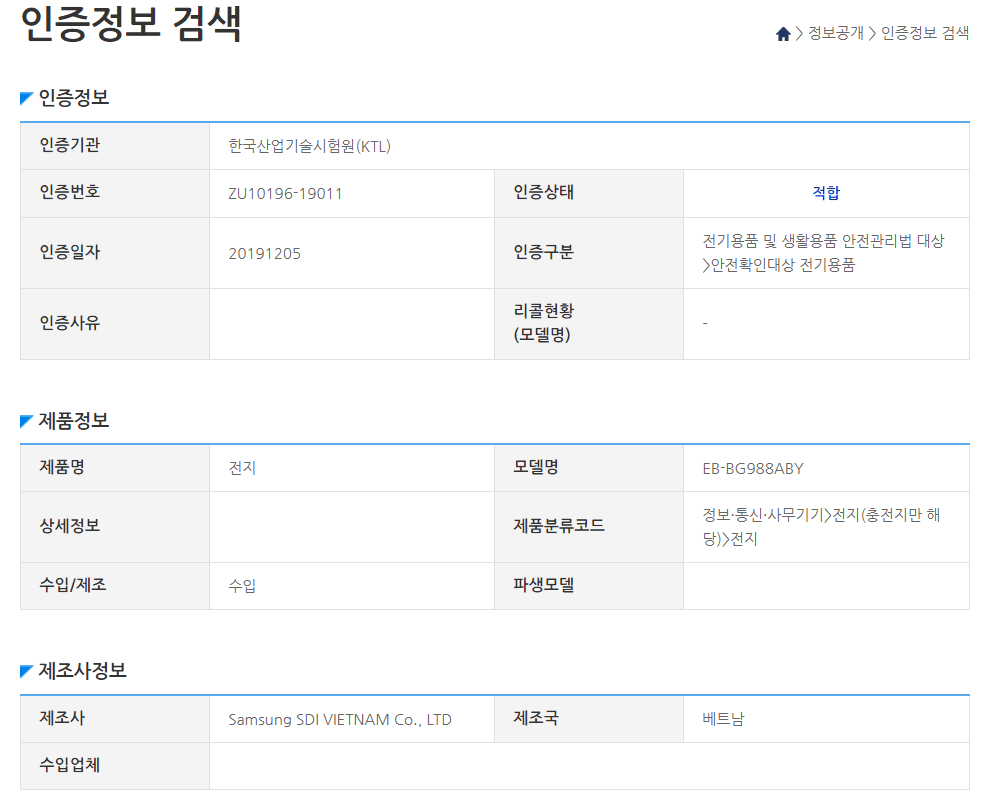 The battery is manufactured by Samsung itself, in a Vietnamese factory of Samsung SDI. This 5000mAh capacity is needed to power the device with its huge 6.9 inch 120Hz display. It can be guessed that the device will soon support 45 Watt fast charging, in order to keep the charging time somewhat under control.

The Galaxy S11 Plus will probably be unveiled in the second half of February at the same time as the other S11 models. It is the only device version that will only be available with 5G connectivity. The release itself will take place in the month of March. We do not know the prices, but count on the fact that the S11 Plus in particular is not getting cheap.